New Varieties and stock just round the corner

A new supply of Gourmet Limes finger lime trees are just around the corner with some due to start to roll out of our nurseries as early as September. Unfortunately, as always, volumes are limited however we are confident both farmers and members of the public should be able to get access to some of this seasons plants.

Perhaps most exciting, is the impending release of 2 new commercial varieties, Aromarama, and Forest Jewel. Along with a new extremely robust and year round fruiting variety for the home garden and retail nursery sector called Ramro. If you manage to kill it we’ll give you another one free!

With our new upgraded propagation facilities and the stringent implementation of newly developed quality control and production protocols, we are very excited about the development the finger lime industry and our part in it.

A small number of Byron Sunrise are now currently available, but only for our retail online store customers as numbers are very limited. It is an extremely strong and hardy variety, but this is just a bonus on top of the fact the fruits are Amazing! 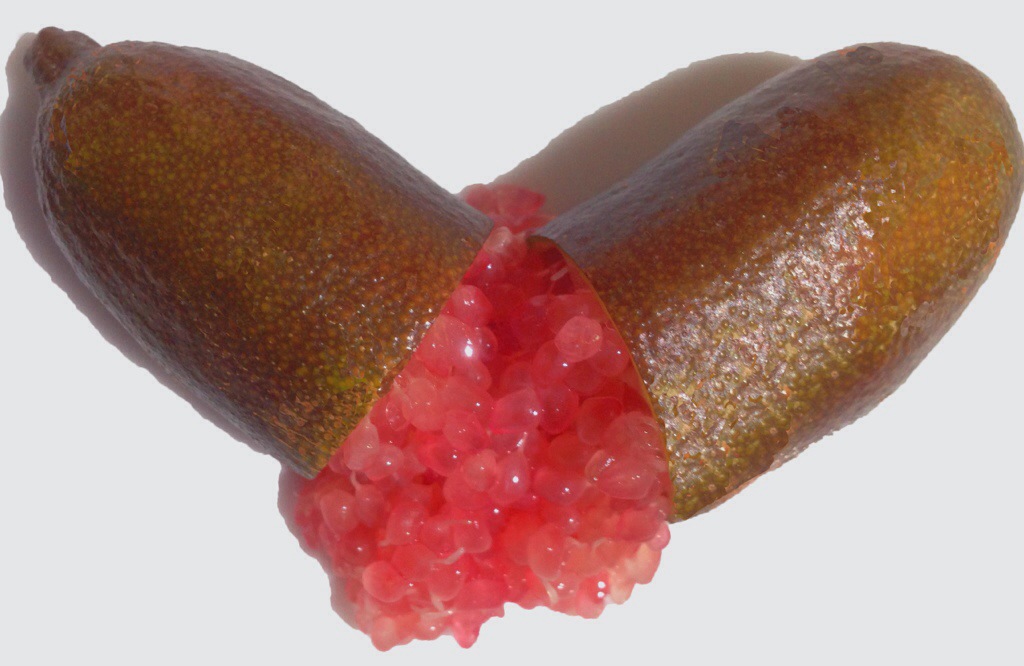 If you are interested in buying finger lime trees, please email us via our contact page, http://gourmetlimes.com.au/contact/ Or you could ring Matti on 0487 347 570. She will be happy to help you! 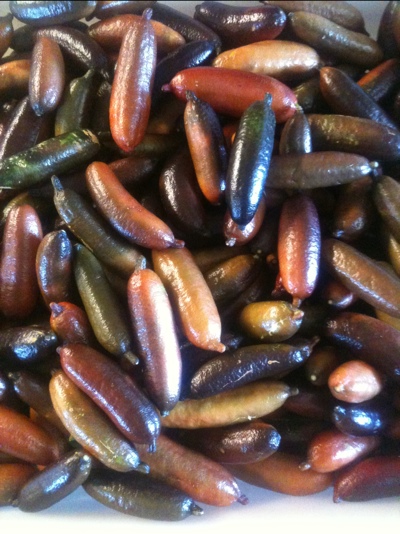 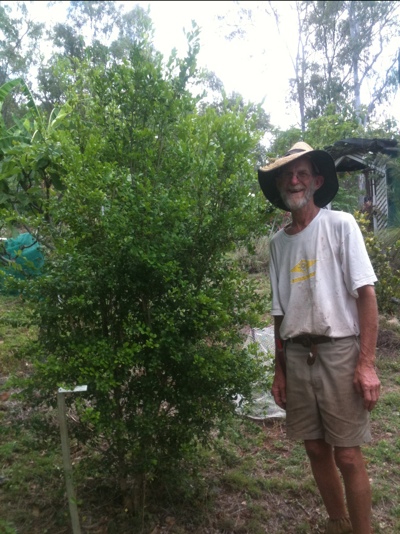 Ancestory of the Finger lime and its close friends

Further to the previous post on the hybrid ancestry of the finger lime (Microcitrus australascia or citrus australasica if you think its paternal heritage is more important. Although its mitochondria and chloroplasts are from its maternal ancestry giving a slightly higher proportion of pure microcitrus physiology), it has now been postulated that all the other members of the Australian citrus gang are from one common ancestor which branched out from Citrus many moons ago.
Also in this group, extra to Microcitus (Mt White lime, Gympie lime etc.) and Eremocitrus (Australian desert lime) is the extremely rare and amazing Clymenia polyandra. This one off relic of citrus passed, only remains on a few small islands in a distant tropical archipelago.
Its fruit, green / yellow, shaped like a large orange, and its flesh … wait for it, has segments like a mandarin but caviar like vesicles just like a finger lime! Sweet and lacking the sour tartness which finger lime does, it makes for a tantalizing refreshingly tropical experience. But only for the tribes people of New Irelands Namatanai, the only humans lucky enough to consume it as a part of their natural dietary intake.. Clymenia polyandra. 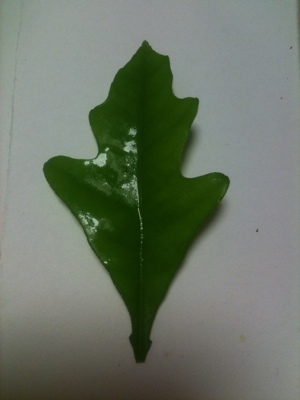 Biochar, too good to be true?

This photo, from the Rhyne Horticulture reasearch facility, shows the amazing growth difference in 2 week old wheat seedlings treated with 3% biochar and without. Tho these amazing result are being replicated around the globe in many different crops, including citrus, scientists are still in disagreement as to just what it is about biochar that causes such profound enhancement of plant growth. For more on biochar read this CSIRO factsheet 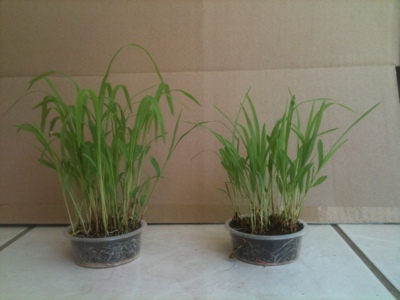 The early flowerings of Chartreuse finger lime fruit are rapidly filling out, these young fruit (pictured) are just a month or so old and the warmer weather and plenty of sun is kicking them in to gear. It is expected a decent sized harvest will start a little earlier this year. 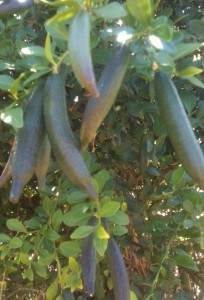 To Call it Microcitrus or not, that is the question…

A recent study published in the Agricultural Sciences in China journal has shed some light on the “Long controversial taxonomic history” of citrus and it’s relatives. Until recent times taxonomy of Citrus (including Microcitrus) has been based on physical morphology, giving rise to much subjective debate. Now, this new study has made use of cpDNA, found in the chloroplasts and pasted down from the maternal parent to help identify direct lineage of many citrus species. It suggests the finger lime might actually be a hybrid of a true Microcitrus (such as Microcitrus australis) or a common ancestor, and an ancestor of the Kaffir lime (Citrus hystrix). Stay tuned for more posts on this intriguing subject in the future… 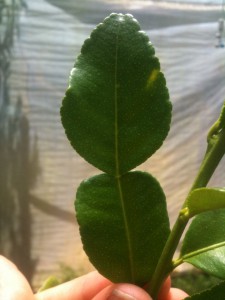 The warm weather has spurred Finger Lime trees into flower. This year, by all accounts the season has stared earlier in northern NSW and Queensland a little bit later. Despite the unusual week of warmer temperatures in late winter spurring a light flush in Red Champagne and Chartreuse it hasn’t seemed to have taken away from the size of its main spring flowering. The great growing season last summer, followed by the dry winter has encouraged a heavy flowering in most varieties so it’s looking like a good fruiting season this year. 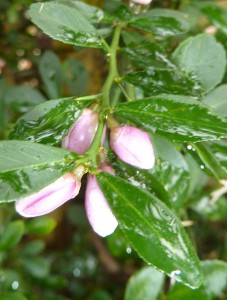